OBHG hospitalists are there for patients, through wind, rain or snow

OBHG hospitalists are there for patients, through wind, rain or snow

A “once in a decade” storm surprised the southeast in early January, wreaking havoc in many states. OBHG clinicians in Virginia bravely faced difficulties brought on by the record-setting snowstorm that swept through the regions.

While the relentless snow forced most people to stay indoors, OBHG clinicians braved the weather conditions to make sure patients had the care they needed. Here are two of their stories. 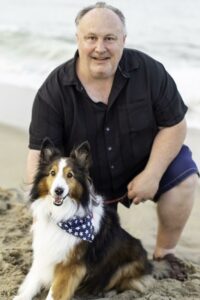 Site Director Dr. Edward Vogel described his journey home following his shift:  “I got caught leaving work from Memorial Regional Medical Center to home in Charlottesville, Va. My usual one-hour and 20-minute drive was four and a half hours. Highway 64 heading west had probably 30 downed trees across the road, unplowed, with plenty of ice.”

“I have a 4-wheel-drive truck, so it was manageable for me but everyone else was having trouble, bringing the traffic flow to a standstill for a good portion of the trip. Eventually, I tried the back roads and the local municipalities had done a better job than the state [clearing the roads].

Next time I will have a full tank of gas before a snowstorm and not rely solely on my northern driving skills and a 4-wheel drive truck―I came into Charlottesville on fumes,” said Dr. Vogel.

Dr. Joelle Mays, Site Director at Stafford Hospital in Stafford, Va., said she wasn’t expecting the blizzard-like conditions when she headed to work and drove towards the interstate. Near her exit to the hospital, traffic stopped. The snow had accumulated on the road and her windshield—the wipers were frozen and useless. 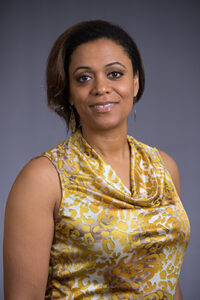 Just getting to the hospital was a considerable challenge. Dr. Mays spent a total of six hours on the interstate until a service vehicle was able to free the cars stuck on the exit ramp. “I arrived for my shift close to 2 p.m. and then stayed on shift for two days, about 46 hours total,” she said.

One woman in labor had walked a considerable distance in the snow to meet a helicopter that then transported her to Dr. Mays’ hospital to deliver her baby. The area received approximately 16 inches of snow during the snowfall dubbed “once in a decade storm” by weather experts.

The nurses and other hospital staff were also stuck, and providers and visitors were bedding down in areas all over the hospital, said Dr. Mays. And while it was a tense situation outside, the teams inside were making the best of it and cooperating―the cafeteria was even giving out free coffee, she said. “There was a lot of teamwork going on. Even when the nurses were tired, they appreciated how everyone worked together in a difficult situation. Compassion made it better,” added Dr. Mays.

What’s more, the teams weren’t simply biding their time while they waited out the storm, said Dr. Mays, “We had a very busy two days delivering babies.”

We sincerely thank our clinicians who work tirelessly to ensure continuity of care for our patients—whether it’s during adverse weather conditions or during a normal day on the unit.

Study shows that severe maternal morbidity decreased with use of OB hospitalists
OBHG is hiring in The Palmetto State – New OB/GYN Careers in South Carolina!
Maternal Health Awareness Day – Know Why
5 reasons for hospitals to partner with Ob Hospitalist Group for obstetric services
The Obstetrics Podcast: Benefits of an OB/GYN hospitalist career out of residency
Where will you land this winter? OBHG has new OB/GYN jobs across the country!
OBHG partners with Singing River Gulfport in Gulfport, MS
Jumpstart the New Year with the Nation’s top OB hospitalist provider – Make 2023 the year for a balanced OB/GYN career
Welcome Santa Barbara Cottage Hospital in Santa Barbara, CA to the OBHG family
Video: The role of an obstetric hospitalist and how our clinicians work with private practice physicians
The 5 best obstetrics podcast episodes of 2022