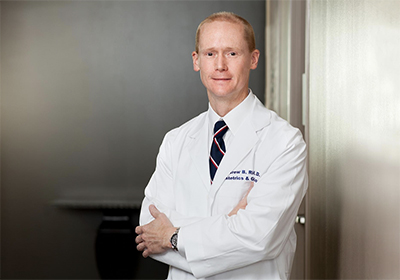 How long does it take for an OBHG program to make a difference? In less than one week, Mercy Hospital Fort Smith is already seeing positive impacts of the hospital’s new obstetric emergency department easing tension off the main emergency department.

“It’s decompressed the main ER by quite a bit, and we’ve seen several, a handful of women, who were less than 20 weeks that would normally have been seen in the main ER,” said Dr. Andrew Riché, the chief of staff for Mercy Hospital Fort Smith.

According to an article in the Southwest Times Record in Fort Smith, when a brilliant idea comes along, a common response is, “Why didn’t that happen sooner?” With the creation of the obstetric emergency department at Mercy Hospital, as well as a clinic focused on follow-up care for indigent patients, the Times Record says “we can only be thankful that it has happened here.”

Read more about the new OB hospitalist program at Mercy Hospital Fort Smith here and learn more about how the program is taking pressure off the main emergency department here.

OBHG partners with The Medical Center of Bowling Green in Bowling Green, KY
OBHG is hiring in The Palmetto State – New OB/GYN Careers in South Carolina!
Study shows that severe maternal morbidity decreased with use of OB hospitalists
Maternal Health Awareness Day – Know Why
5 reasons for hospitals to partner with Ob Hospitalist Group for obstetric services
The Obstetrics Podcast: Benefits of an OB/GYN hospitalist career out of residency
Where will you land this winter? OBHG has new OB/GYN jobs across the country!
OBHG partners with Singing River Gulfport in Gulfport, MS
Jumpstart the New Year with the Nation’s top OB hospitalist provider – Make 2023 the year for a balanced OB/GYN career
Welcome Santa Barbara Cottage Hospital in Santa Barbara, CA to the OBHG family
Video: The role of an obstetric hospitalist and how our clinicians work with private practice physicians
The 5 best obstetrics podcast episodes of 2022